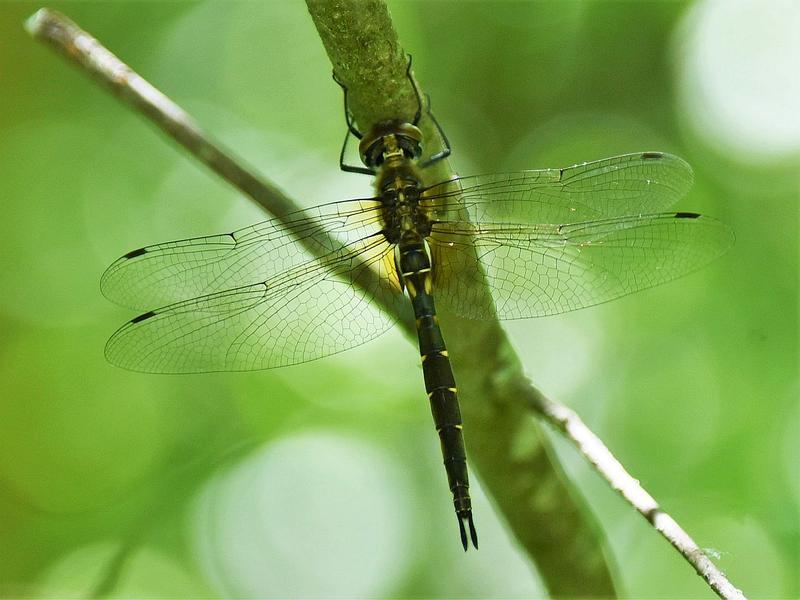 Blue Dasher (Pachydiplax longipennis)
Observed
While not much else was flying in the heat of the day, there were several Blue Dashers on the wing.