Grassy creek vegetation. Damp, fertile ground. Small patches, a few feet deep run scattered alongside the limestone creek bed. These grassy areas are partial to full sun. Surrounding area is mostly shade on the footpath/bike trails surrounded by cedar, birch and oak woods.
Common Whitetail (Plathemis lydia)
Photographed
Very small in size compared to what we have known them to be here. Most males and fully mature. There were a couple dozen in the area above the creek and in the vegetation of stick branches of various shrubs. Many were near but not on the dirt trail. They like to lay on the trails in the slightly shaded areas late in the afternoon. Perhaps it was that is was too uneven and a hill. 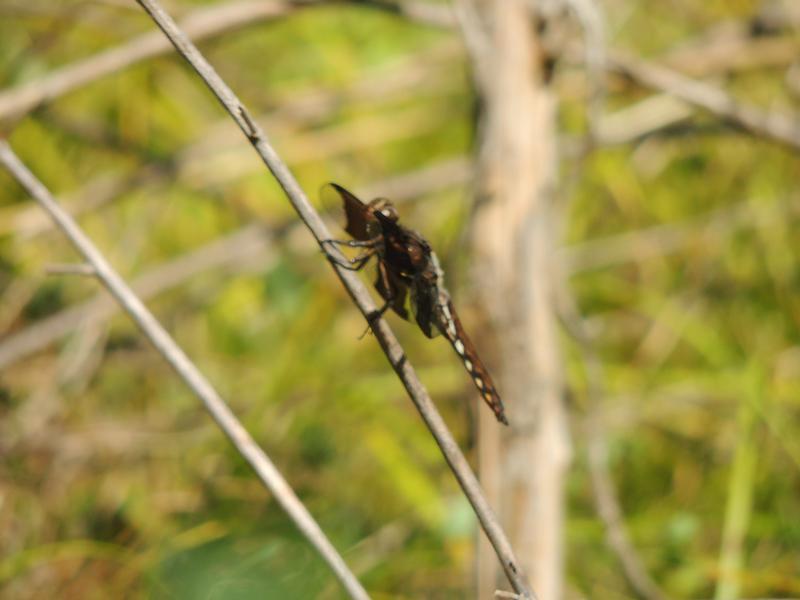 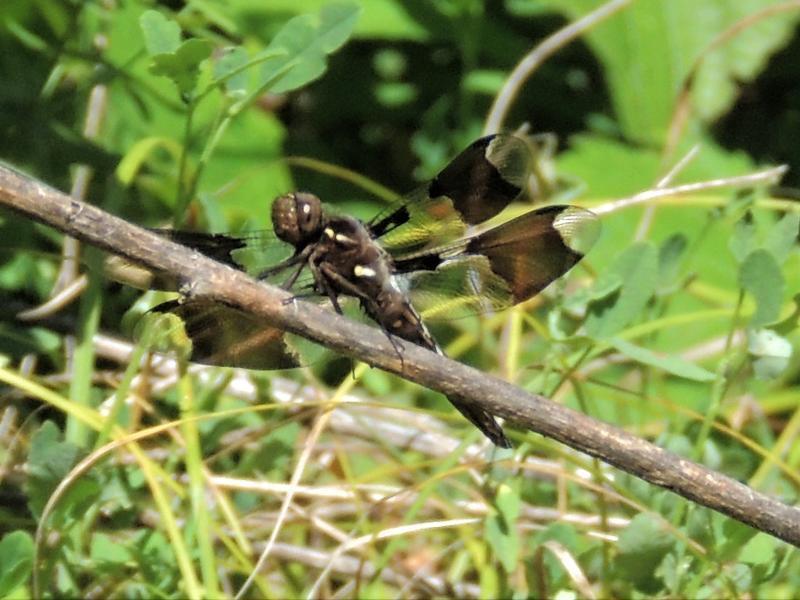 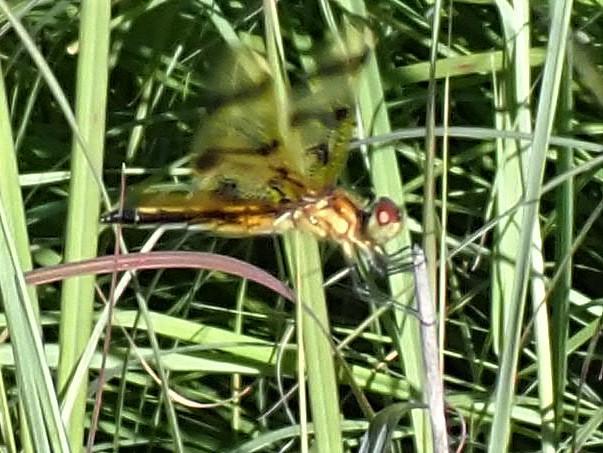 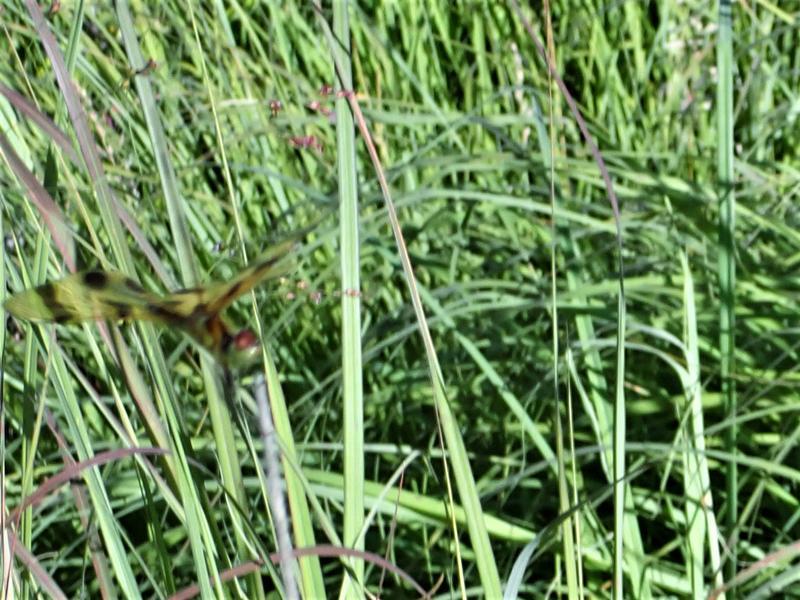 Ruby Meadowhawk (Sympetrum rubicundulum)
Observed
Landed on some vegetation in the sunlight just outside of the hard woods.

Widow Skimmer (Libellula luctuosa)
Photographed
A few adult males flying around in the open areas - chasing other skimmers and resting on the various native shrubs and flora. 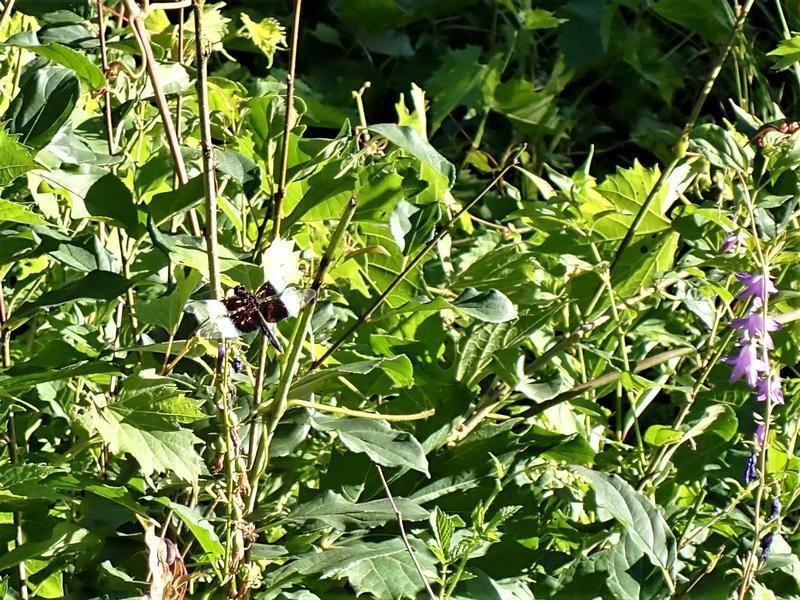 Ebony Jewelwing (Calopteryx maculata)
Photographed
The entire bank of the creek was a flutter with male and females. All of which were adults. Too many to count. Over 20. 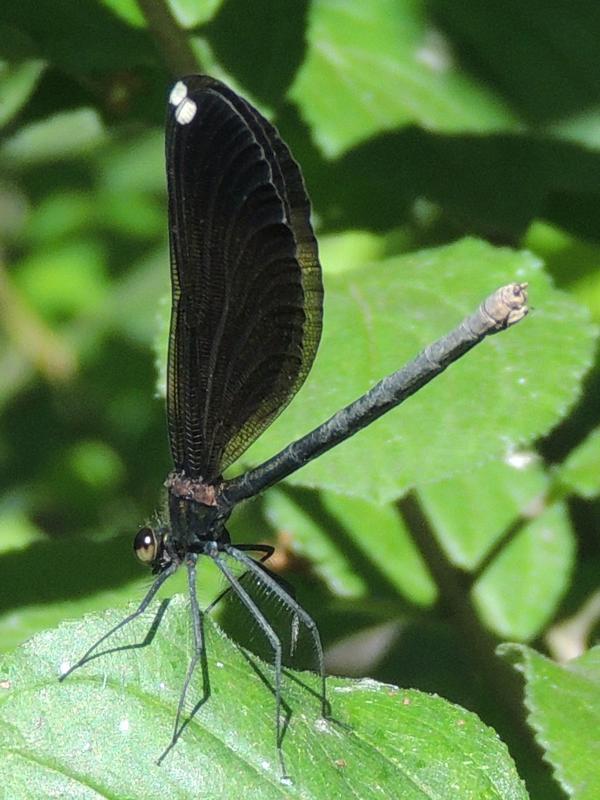 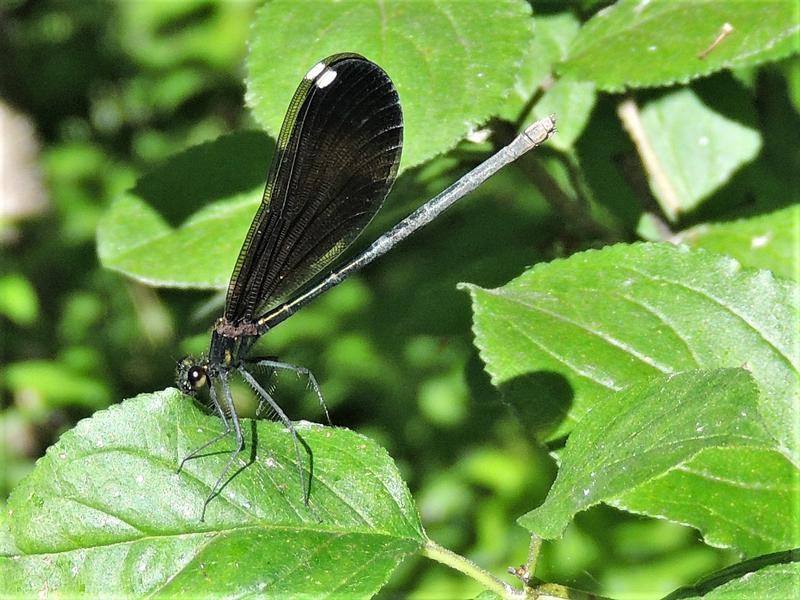 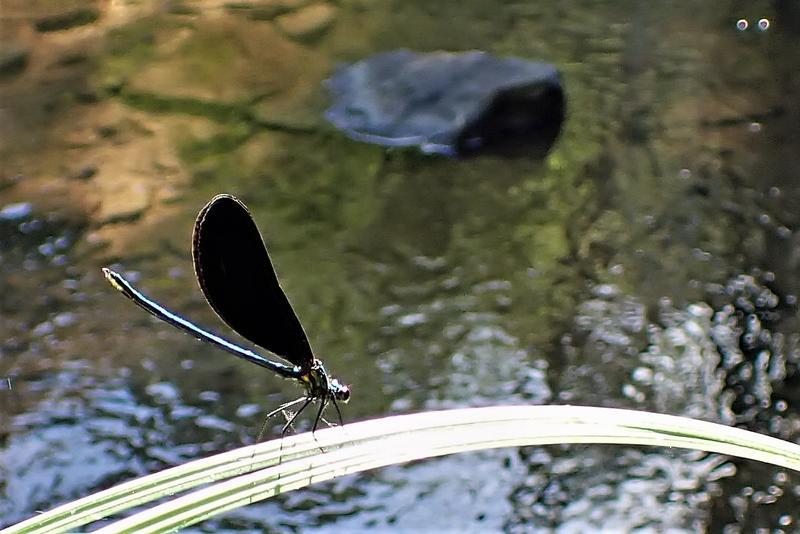 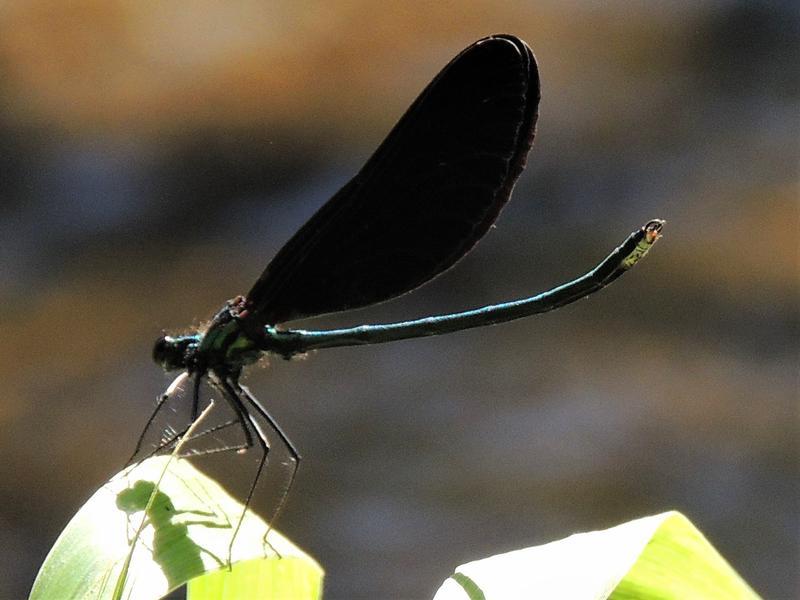 River Jewelwing (Calopteryx aequabilis)
Photographed
Not as many as the Ebony, but a handful of females were present.

Eastern Forktail (Ischnura verticalis)
Photographed
One landed briedly in the grasses near the bank. An adult female with a dusty end of her abdomen.