Mecan River from the intersection of Y and JJ to just before the Electric Fish barrier at the Germania Marsh State Wildlife Area
Common Green Darner (Anax junius)
Observed
A few singles and tandems observed.

Dragonhunter (Hagenius brevistylus)
Photographed
Observed about 6 to 8 along the entire stretch of Mecan River paddled. Only one photographed. 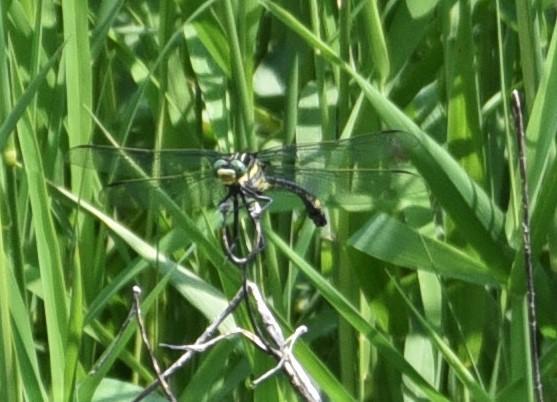 Lilypad Clubtail (Arigomphus furcifer)
Photographed
Several were seen in a quiet bay off the main section of river. There were no lilypads. Several seen perching on patches of algae 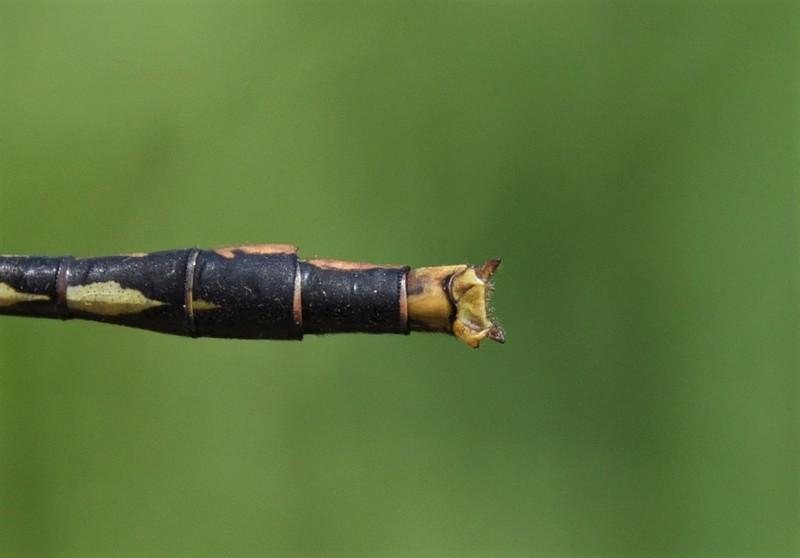 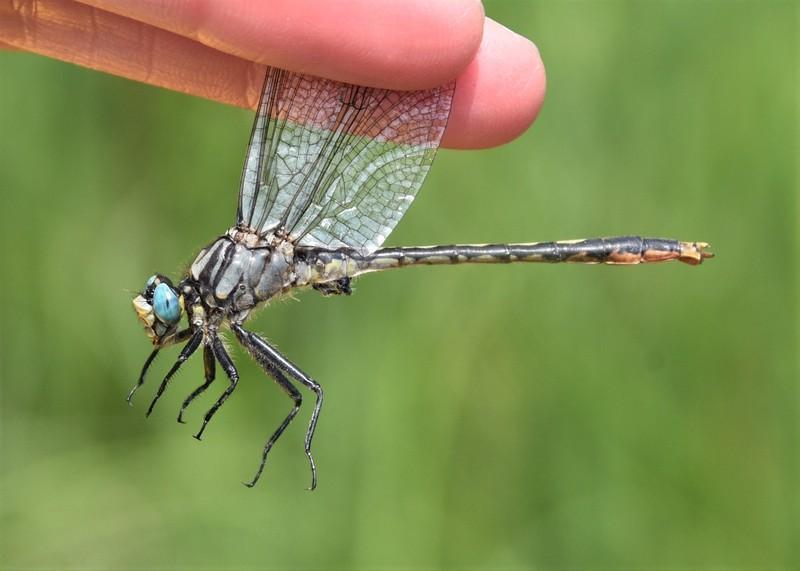 Common Whitetail (Plathemis lydia)
Observed
Many. Seemed to be one of the most abundant dragonflies along this stretch of river.

Widow Skimmer (Libellula luctuosa)
Observed
Several, but not nearly as numerous as the Common Whitetail.

Sedge Sprite (Nehalennia irene)
Netted and released
Observed in the grass at the take out near the fish barrier.